Please remember to pray for and visit or call our members that are sick, shut-in or hospitalized.

The Current News content includes an image that 'AUTO' scales. No need to resize the image, the CSS style sheet will resize the images for you, once rendered in your web page. 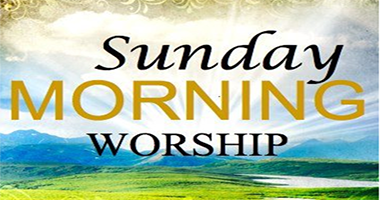 The Galilee Baptist Church was organized in 1916 on Church Street in West Trenton, NJ. After some months of worship there, it became apparent that there was a greater need for a Black Baptist church in East Trenton. Arrangements were then made for the use of the old Jefferson Public School building, on Escher Street, to be used as a place of worship. In 1920, the site at 185 Jefferson Street was purchased. This consisted of a double two-story frame house building. Under the directorship of Galilee's organizer and first pastor, Rev. O.C. Kelly, the first permanent unit of Galilee was erected.

Sister Ludie Knighten was elected as the first Sunday School teacher and Sister Lewis appointed the first organist of the church. (Trustee Emeritus Ethelyn Holzendorf is the granddaughter of Rev. O.C. Kelly and the daughter of Deacon Samuel and Sister Ludie Knighten). One of Dr. Wilson's favorite quotes was "What God has done for others, He will do for you." Dr. Wilson left Galilee to assume the pastorate of the Southern Baptist Church in New York City in 1935.

The Rev. Semuel M. Bagley was appointed Assistant Pastor of Galilee in 1935. He served in this position until he was installed as pastor in 1938. Rev. Bagley was a graduate of the Northern Baptist School of Religion in Philadelphia, PA where he earned a Doctor of Divinity Degree. He affiliated the church with the Middlesex Central Baptist Association serving as President from 1978-1984, the National Baptist Convention USA, Inc., and the Trenton Council of Churches. In 1978, he organized the Baptist Ministers Conference of Trenton and Vicinity and served as its president until 1984. During the pastoral years of Rev. Bagley, the Trustee Board was established and the $33,000 mortgage on the Jefferson Street church and parsonage, as well as a new parsonage on Brunswick Avenue were paid off.

In 1938, the Gospel Chorus was organized with Miranda Wedgest as pianist. The Missionary Society, the Young Adult Club (later to be called the Young People's Choir), the Young Adult Ushers, Junior Ushers, Men’s Chorus, (later called the Male Chorus), Bagley Echoes and the first Mass Choir were also established under Rev. Bagley's tenure. He also promoted the first Men's Day, Women's Day, Young People's Day and Queen's Day Drive. When the church and parsonage on Jefferson Street were purchased by the City of Trenton as part of the "Coal Port Project" in 1956, obeying God's call to leave, Rev. Bagley led us in the march to our present home located at 440 Princeton Avenue (now Dr. Martin L. King, Jr., Blvd. on May 5, 1958. Here, he appointed the first Mother of the Church, Deaconess Jean Harrison and the first female Sunday School Superintendent, in the person of Sis. Anna Godbolt. In 1971, the mortgage for the new church was paid off and the church was free of all debt and obligations. Rev. Dr. Semuel M. Bagley led Galilee Baptist Church for 50 years and four months before the Lord called him home on April 1, 1986.

Rev. John H. Harris, Jr. became the seventh pastor of the church on the first Sunday in June,1987. He is a graduate of Bishop College of Dallas, Texas, where he received a Bachelor of Science degree in Business Administration. He earned his Bachelor of Theology degree from the Arkansas Baptist College, Little Rock, Arkansas and received an honorary Doctorate of Theology from there in May of 1992. Pastor Harris established an Orientation Class for new members, Bible study classes as well as a Bible study class for children. The church underwent many major physical changes: renovations to Fellowship Hall and the kitchen, installation of a new air conditioning system, new sound and recording rooms, and bookstore, just to name a few. Through Pastor Harris' participation, Galilee continued with the Middlesex Central Baptist Association, the National Baptist Convention, USA and the Concerned Pastors and Ministers of Trenton and Vicinity. Several organizations and ongoing projects were established/ expanded including the Missionary Ministry, Christian Education Board, Inspirational Choir, Scholarship Committee, Mother's Board, Kitchen Committee, Homegoing Committee, Fulfilment Hour, Daughters of the Morning, Youth Church, Youth Department, Tutoring, the New Lease on Life Program that reaches out to the community around us to assist friends and relatives who are concerned with the problem of drug and alcohol abuse and most recently virtual Sunday services.

The church underwent many major physical changes; renovations to Fellowship Hall and the kitchen, installation of a new air conditioning system, new sound and recording rooms, and bookstore, just to name a few. Through Pastor Harris' participation, Galilee continues her place of prominence with the Middlesex Central Baptist Association as well as the National Baptist Convention, USA. Under the leadership of Pastor Harris, Unity Day - a combination of Men's Day and Women's Day was established.

Several organizations and ongoing projects were established/expanded, including the Missionary Society (Naomi Circle, Young matrons, Red Circle, Knights and Sunshine Band), Christian Education Board, inspirational Choir, Scholarship Committee,mother's Board, Kitchen Committee, Homegoing Committee, Youth Church, Sunday Nursery,Youth Department, Christian Awareness, Tutoring, Church Newsletter, (THE GALILEAN), and the New Lease on Life Program. This program reaches out to the community around us,to assist friends and relatives who are concerned with the problem of drug and alcohol abuse.

Acknowledging a continuing need for spiritual growth an additional twenty deacons have been trained and ordained to serve the church and community. Four Evangelist have been licensed to spread the Good News, Seven men have been licensed as Ministers to preach the Gospel, and two Ministers were ordained on April 14, 1996.